When McDonald’s announced in March that it would be phasing out the use of medically important antibiotics in raising the chickens that supply its 14,000 U.S. restaurants, some asked, “What about the Big Mac and the McRib?” Since then, Tyson Foods and Foster Farms have made commitments to responsible use of antibiotics in chicken production. In 2014, we heard from Chick-fil-a and Perdue. 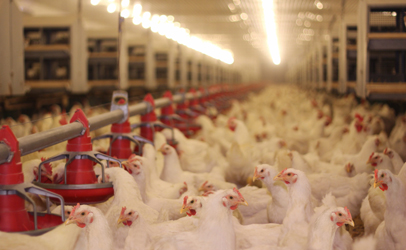 While chicken is not the only protein product going antibiotic-free (Cargill said last year that it would stop using antibiotics for growth promotion in raising its turkeys), it has been the main focus of industry thus far. There are several reasons why. First of all, chickens produced for food have short life spans — typically 42-45 days. It’s easier to raise the birds with fewer or no antibiotics because there’s a lot less opportunity for any microorganisms to infect them than cattle, which need at least 18 months to reach market weight. But even more important, companies such as Perdue, Tyson and Foster Farms have vertically integrated production systems. This means that one company owns and controls multiple stages of production from the breeder flocks to the feed mill, the processing plant, etc. So making a swath of changes in order to reduce antibiotic use is easier to do than when purchasing from independent farmers. “Over 95 percent of the chickens that are produced in this country are in vertically integrated operations,” said Gail Hansen, senior officer of the antibiotic resistance project at The Pew Charitable Trusts. The next protein product to go antibiotic-free will likely be turkey, followed by other animals with longer life spans. The turkey, pork and beef industries have the same market pressures that chicken producers are responding to, but it’s a matter of figuring out how to make it work for them. “I suspect it will look differently than it does for chickens, to a certain extent, but I don’t know what it will look like ultimately,” Hansen said.