For the approximately 15.2 million Jewish people in the world, this is a time to celebrate Passover — the festival commemorating the exodus of the Israelites from Egyptian slavery in the 1200s BC. This year the holiday runs from April 15 through April 22.

As with other holidays, food is an important part of this annual celebration, with the main observances centering around a special home service called the seder, which includes a festive meal. The foods served must all be kosher.

Derived from Hebrew, kosher means to be “pure, proper or suitable for consumption.” It’s a term that describes foods that comply with dietary guidelines set by traditional Jewish law. Not only do these laws set forth which foods may be consumed, but also how they must be produced, processed and prepared. And which foods should not be eaten.

With the extra supervision required to be accepted as kosher, with oversight by rabbis for example, kosher food is perceived by many people — Jewish and non-Jewish alike — as being healthier and cleaner.

No wonder then that a kosher label on food attracts shoppers of all kinds. In fact, according to research in 2017 by Kosher Network International, the global market for kosher foods was worth $24 billion, with growth expected to hit 11.5 percent by 2025.

OK Kosher, one of the largest kosher certification organizations in the world, has certified about 700,000 products made by 4,000 manufacturers, which include Kraft, Heinz, Kellogg and General Mills. Even Coca Cola has gone Kosher.

Rabbi Eli Lando, executive manager of OK Kosher, said that by and large, “consumers see a kosher certification as a verification that a product is healthy, clean and safe. And while the certification has roots in religious traditions that are thousands of years old, it now speaks directly to the modern consumer’s demand for wholesome foods.” 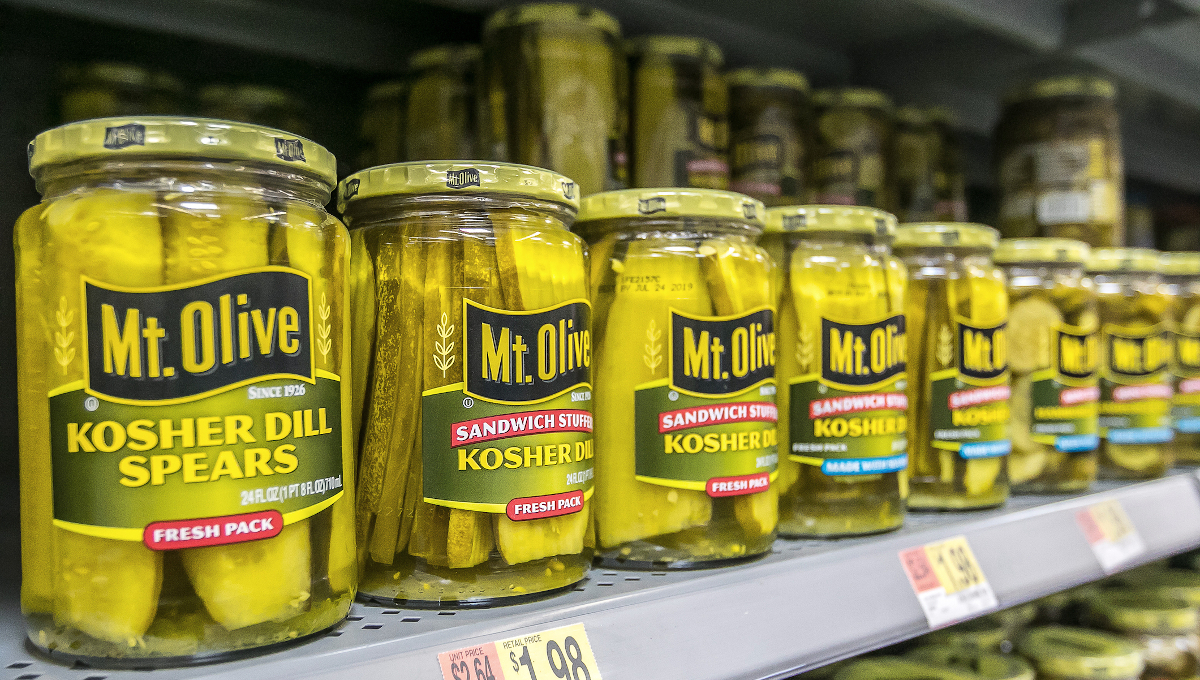 Although there are 6 million Jews in the United States, according to World Population Review, Lando said Jewish people represent only 20 percent of the kosher product consumer base.

In other words, kosher has gone mainstream, with social media helping to boost people’s awareness of it.

“It may seem ancient,” he said, but the people doing it are modern and in the modern marketplace.”

What’s kosher and what isn’t
Food that is kosher must adhere to specific Biblical-based dietary laws. Some of these rules require only eating animals that are kosher — cloven (split) hooved mammals that chew cud. These include cows, sheep, goats, lambs, oxen and deer. Cuts of beef from the hindquarters of the animal, such as flank, short loin, sirloin, round and shank, are not considered kosher.

Some meats, such as meat from pigs, rabbits, squirrels, camels, kangaroos and horses are not considered kosher.

Pigs? Pigs can transmit trichinellosis, or trichinosis, a disease transmitted by eating raw or undercooked pork contaminated with the parasite Trichinella, which is not visible to the naked eye. Symptoms range from nausea to heart and breathing problems. In the past, trichinosis was fairly common and can still be a problem in rural areas.

The best way to prevent trichinellosis is to cook meat to a temperature of 71 degrees C (160 degrees F). Freezing, curing or salting, drying, smoking, or microwaving meat may not kill infective parasites. Of course, In the case of kosher, you can prevent infections by not eating pork altogether. In Biblical days, this was a practical safeguard against it.

Certain domesticated fowl, such as chicken, geese, quail, dove and turkey may be eaten. But predator birds such as eagles and hawks may not.

Fish is considered kosher only if the fish has fins and scales. This would include tuna, salmon, halibut and pickerel. But shrimp, crab, oysters, lobster and other types of shellfish are not permitted. That’s because they have spread typhoid and are also a source of a type of hives.

Meanwhile fish and eggs and plant-based meats are classified as “neutral,” meaning they don’t contain milk or fish.

Fruits in their unprocessed forms are kosher but they can’t contain insects, which means they must be inspected to make sure no insects or larvae are present before being sold or eaten. Specially trained rabbis do the inspections.

Nuts and seeds and the oils from them are kosher, although sometimes the processing of these foods can make them non-kosher because of possible cross-contamination from equipment that was used for meat or dairy products.

Also, under kosher rules, meat and dairy may not be made or eaten together. In other words, it’s one or the other at mealtime. This is based on the belief that dairy foods and meat digest at unequal rates, which is hard on the body.

Grains for the most part are fine. But during Passover, all leavened grain products — those made with yeast or a leavening substance — are forbidden. But unleavened breads such as matzo are allowed.

After the animal has been slaughtered, the internal organs are inspected for any abnormalities that would make the animal non-kosher. The lungs are also checked for abscesses and other health problems.

The blood, which is a medium for the growth of bacteria, is drained. Meat must be “koshered” within 72 hours after slaughter so that the blood won’t congeal. Eating the blood or an animal or bird is forbidden.

Labeling is important
Because foods nowadays can contain so many different ingredients and also because of the complexities of modern food processing, it would be hard for a consumer to know if a product is kosher or not. That’s where labeling comes in. A kosher label on the packaging indicates that the product has met all of the necessary requirements. For those who want to adhere to kosher dietary guidelines, the advice is to choose only foods with these labels as a way to avoid accidentally eating something that isn’t kosher. According the JIFA, the Jewish Initiative for Animals 74 percent of Americans choose kosher based on concerns for food safety. In fact, of the people who buy kosher products, the majority point to food safety as their key concern. And previous research has shown that American shoppers believe that kosher food is safer.

Washington state dairyman Dick Klein, who isn’t Jewish, is one of them. He said he always buys kosher, if it’s on sale, because “it’s healthier and safer.”

Some problems
Meanwhile, JIFA, says that despite the fact that people think kosher food is inherently better, this is despite the fact that almost all kosher and non-kosher meat, poultry, dairy and eggs come from animals raised on factory farms, which raises concerns about the overuse of antibiotics.

When it comes to how kosher animals are bred and raised, JIFA says that kosher certification has no relationship to antibiotic use, health genetics, confinement, or access to pasture.

Food safety enters the picture
Although many people consider kosher foods to be safe when it comes to standard food-safety requirements, that isn’t necessarily the case.

Kosher Check, a Canadian certifying company, is a full-service certification agency — but one with an important difference, according to its website. While kosher agencies world-wide aim to certify that the ingredients and manufacturing processes of their clients follow the Jewish laws of kosher as set out in the Torah (the Jewish Bible) Kosher Check goes further.

Formerly BC Kosher, it was the only agency in the world that required their clients to be in good standing with all applicable food safety rules as a condition of kosher certification.

Now Kosher Check certification has been introduced for those manufacturers that want to promote not only their kosher compliance, but their commitment to food safety as well.

The company says that certification of a company’s products and manufacturing processes by Kosher Check is mark that “not only guarantees your ingredients and products kosher status, it also acts as a mark of assurance that food safety laws have been strictly followed to a minimum level of HACCP compliance.”

Kosher Check says it can work with companies that don’t meet this standard to achieve it.

The company’s website also says that this double-layered guarantee formalizes and reinforces the widely-held belief among consumers that Kosher products are safer to consume. Besides attracting Jewish shoppers, the Kosher Check label will attract “the throngs of shoppers concerned about food safety issues,” thus greatly expanding the market for a company’s kosher products.