For those marking time, waiting for a new USDA Under Secretary for Food Safety, today is something of an anniversary. It was four years ago today that Dr. Elisabeth Hagen stepped down from the post. 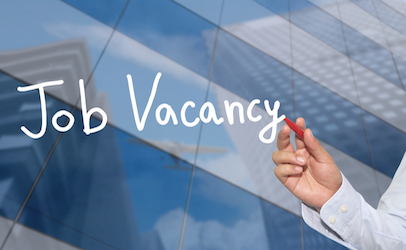 Neither President Barack Obama nor President Donald Trump has appointed Hagen’s  successor. The U.S. Senate has not received any name seeking confirmation.

The 1993-94 USDA Reorganization Act requires the president to appoint someone to the top food safety job, and the Senate must vote up or down on confirmation. In the 24 years since then, the White House has sent only four nominations over to the Senate for confirmation.

Dr. Hagen served for three of the eight years of the Obama Administration. Dr. Richard Raymond and Professor Elsa Murano each held the job for about three years during the George W. Bush Administration. And Under Secretary Catherine Woteki served about the same amount of time in President Bill Clinton’s Administration.

All four were distinguished appointments with enough gravitas to oversee the $1 billion Food Safety and Inspection Service (FSIS), which assigns inspection personnel to about 6,500 meat, poultry, egg and catfish businesses across the country.

A year into his term, Trump seems no closer to making this appointment than he was on Jan. 20, 2017. But that’s not unusual. Obama was two years into his term when he finally got around to naming Hagen, and she was not hard to find as she was already serving as USDA’s chief medical officer.

It is the trend line that is peculiar. Obama went without an Under Secretary for Food Safety for five of his eight years. It’s soon going to be vacant more often than filled ever since established.

That does not seem to happen with other top federal government jobs that everyone agrees are important. Why does it happen again and again with the Under Secretary for Food Safety? The political parties are in a conspiracy of silence on this one.

We’ve learned that when there is Senate-confirmed Under Secretary for Food Safety on the job is when USDA makes advancements in food safety. Hagen’s work on E. coli strains and mechanically tenderized beef labeling are examples. She declared six additional strains of E. coli as adulterants to help prevent illnesses.

The people who fill in on an acting basis or as deputies do well enough, but they do not have the clout within the USDA bureaucracy that a confirmed Under Secretary for Food Safety has.

But if past is prologue, those who are serving on an acting basis now should be prepared for a long haul.

We begin year No. 5 without a USDA Under Secretary for Food Safety.