Antibiotics have been making lots of headlines in the past year as restaurant chains increasingly announce plans to phase out their routine use in meat and poultry supply chains. Panera and Chipotle are leading the pack. Others are in the planning or early implementation stage, such as McDonalds, Chick-fil-A, Dunkin Donuts and, as of last month, Subway. 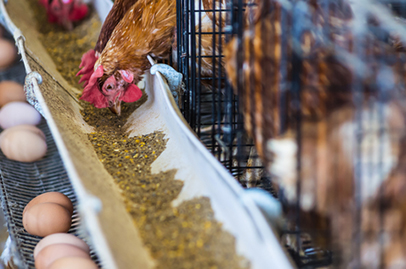 These companies are helping America fight a growing public health crisis: drug resistant-bacteria and a rising number of life-threatening infections attributable to them. From the World Health Organization (WHO) and the Centers for Disease Control and Prevention to the World Economic Forum, experts now agree: Antibiotic resistance is one of the top public health threats in the world. But what’s the connection between these superbugs and our lunch? The invention of antibiotics has been a miracle of modern medicine — providing quick and effective treatment for infections that once often meant death. For a slew of reasons, physicians still depend on the same classes of antibiotics developed decades ago. But when we overuse them, they stop working. It’s the rampant overuse of antibiotics in both agriculture and human medicine that has created the global crisis we now face. Unfortunately, more than 70 percent of medically important antibiotics in the United States are sold for use on animals, not people, mostly to prevent disease in the unhealthy living conditions of feedlots and factory farms. This misuse creates the perfect environment for antibiotic-resistant bacteria to multiply and thrive. Drug-resistant bacteria are known to travel from farms and feedlots to communities through runoff, windblown particles, workers and our food. Take, for example, the recent Foster Farms chicken Salmonella outbreak. That was an especially worrisome breach of food safety exactly because the Salmonella proved to be resistant to multiple antibiotics important for human medicine.  In response to that disaster, the company committed earlier this year to phasing out the routine use of medically important antibiotics in the production of all of its chicken and has reportedly made progress in reducing Salmonella contamination as well. Fortunately, we know how to slow down the resistance crisis: Stop overusing antibiotics. Specifically, use these precious medicines only when people and animals are sick. With the vast majority of antibiotics used in livestock, reigning in overuse in that sector is critical to reducing our overall use of antibiotics and reducing the spread of drug-resistant bacteria. Despite the evidence stacked in favor of action to address such a crisis, efforts at meaningful policy change at the federal level are paralyzed. This means consumers are left voting with their pocketbooks and demanding better practices from the meat and restaurant industries. As Dr. Margaret Chan, WHO director-general, recently put it, “Consumers who question the safety of food produced from heavily medicated animals, and make purchasing decisions accordingly, can have a profound impact on industry practices.” It is clear that the food industry is listening more closely than ever to this consumer outcry. An increasing number of producers are raising meat in a more responsible way by phasing out routine antibiotic use for growth promotion and disease prevention and reserving drugs to treat sick livestock instead. These producers, and the restaurants that buy their meat and poultry, are showing this can not only extend the efficacy of these critical medicines, but it can be also good for business. The chicken industry is leading the way in showing that mainstream conventionally priced birds can be raised without routine use of medically important antibiotics. Producers, such as Coleman Natural Foods and Niman Ranch, have never relied on routine antibiotics in their operations but rather have shown that good animal husbandry practices keep their animals healthier. And while sales of conventional meat are flat or declining, sales of more sustainably-produced meats are on the rise. As more and more industry leaders take action, a solution to this crisis gets closer and closer to being within reach. The food industry has a powerful choice to help keep our life-saving drugs working — or contribute to their demise. Consumers aren’t content to watch and see which path they choose. They are demanding change. (To sign up for a free subscription to Food Safety News, click here.)