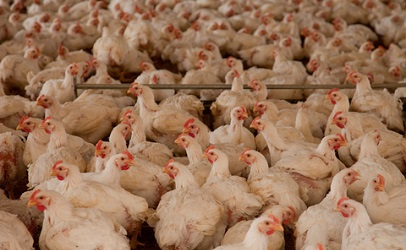 It won’t all harm you, but some of it might. That’s the caveat in the latest Consumer Reports analysis of tests on raw chicken breasts purchased at retailers nationwide. The analysis found that 97 percent of tested chicken breast samples “harbored bacteria that could make you sick.” While it is true that the detected bacteria could cause infections if improperly handled, a smaller proportion has the potential to cause foodborne illness in the classic sense. In their most detailed chicken sampling study to date, Consumer Reports performed contamination testing on 316 samples of raw chicken breast and issued the findings in a report entitled, “The High Cost of Cheap Chicken.” The study will be featured in the February 2014 issue of Consumer Reports and online at ConsumerReports.org. The analysis found high rates of intestinal bacteria: Enterococcus (on 80 percent of samples), E. coli (65 percent), Campylobacter (43 percent), Klebsiella (14 percent), Salmonella (11 percent) and Staphylococcus aureus (9 percent). What is important to note, however, is that only some of the bacteria present at those levels would pose a food poisoning risk if ingested. For example, Enterococcus does not cause food poisoning, and all of the food poisoning maladies associated with E. coli come from a few select strains, while most are harmless to humans – and some are even beneficial. “E. coli is ubiquitous in an animal environment, and we have it in our intestines,” said Dr. Maurice Pitesky, poultry health and food safety epidemiologist at UC Davis. “We have to ask what serotypes we’re dealing with.” But while Enterococcus and most E. coli may not pose a food poisoning threat, they do indicate widespread fecal contamination of chicken meat. They are also capable of causing infections of the skin, blood and urinary tract if presented an opportunity. Two of the other bacteria – Campylobacter and Salmonella – are more likely to cause diarrhea and vomiting, the classic symptoms of foodborne illness. What’s more, nearly 17.5 percent of the E. coli strains detected are a type known to more likely cause urinary tract infections, known as ExPEC, or extra-pathogenic E. coli, said Dr. Urvashi Rangan, toxicologist and executive director of the Consumer Reports Food Safety and Sustainability Center. Antibiotic resistance a growing trend The report also indicates that antibiotic resistance seems to be a growing trend among bacteria on chicken. About half the samples harbored at least one multi-drug-resistant bacterium, meaning the bacterium was resistant to at least three antibiotics. Rangan said that not all of the resistant bacteria were resistant to antibiotics commonly meant to treat them, but some were. She added that resistant bacteria are generally more virulent, even if available antibiotics are still effective. “The more you look at it, the more the drug resistance starts to paint a disturbing picture,” Rangan said. Pitesky was more reserved with his caution, saying that it would be more concerning if large numbers of bacteria began resisting the specific antibiotics used to treat them. He pointed out that, according to the 2013 report by the National Antimicrobial Resistance Monitoring System (NARMS), data from the report indicate that the first choice in antimicrobial treatment for major bacteria is still effective. “The legitimate fear is that the antibiotics we use for human infections are going to be compromised by the use in food animals,” Pitesky said. “But we need to separate that from antibiotic resistance that might just be natural or insignificant.” No progress on Salmonella Consumer Reports also noted that, since 1998, the organization’s tests on chickens have shown that Salmonella contamination rates have stayed between 11 and 16 percent – a discouraging lack of progress in reducing prevalence of the pathogen. Rangan said the U.S. can do better, using Europe as an example. More than 20 countries have successfully lowered their Salmonella rates in chicken below 1 percent. “Salmonella has been the organism with the most focus in terms of hygiene plans, and we aren’t even addressing the beginning of the problem,” Rangan said. “We just have to look across the ocean to the European Union.” Pitesky said that comparing the poultry systems in the U.S. with those in Europe was difficult because of variations in pathogen testing standards and scales of production. ‘Natural’ label is meaningless One last thing Consumer Reports points out: That “Natural” label on chicken might not mean what you think it means. More than half of 1,005 survey respondents thought that “natural” chicken was free of antibiotics and genetically modified organisms, while nearly as many thought the label was equal to the “organic” label. Not so. Chicken brands labeled as “Natural” were almost as likely on average to harbor harmful pathogens as any conventional store brand. This discovery has prompted Consumer Reports to suggest a ban on “Natural” labels, which do not provide any meaningful information to consumers. “The ‘Natural’ label is incredibly deceptive and misleading,” Rangan said. “It leads to a lot of consumer misconception.” Lessons learned Rangan said the latest analysis has two main takeaways. First, the short term: Consumers should be vigilant about pathogens on their raw meat and use a calibrated thermometer to ensure that poultry is cooked internally to 165 degrees F. Second, the long term: The food safety system in poultry is in need of an overhaul to tackle contamination at the point source. “Right now, we have a fragmented food safety system that deals with the end of the line, not the root causes,” Rangan said. “Until we fix that, we’ll just continue to see these problems.”