Stockholders’ attorneys say Chipotle Mexican Grill and federal officials knew about multiple foodborne illness outbreaks linked to the restaurant chain in 2014-15, but did not inform the public.

Using Freedom of Information Act requests, the attorneys representing the Chipotle stockholders pressed the Centers for Disease Control and Prevention for details about the track record of the Denver-based burrito chain. The CDC’s records show 14 outbreaks from October 2014 through December 2016, according to court documents filed this week.

The CDC publicly reported six Chipotle-related outbreaks, all in the last half of 2015. Stockholders contend the restaurant chain’s executives knew they had a problem long before the news broke in late 2015, but didn’t properly inform investors.

A spokeswoman with the CDC said late Thursday that the agency is reviewing the court filing and would not be commenting on it immediately.

The stockholders’ case
Attorney David A. Rosenfeld, representing Chipotle stockholders that include pension funds, filed a letter Tuesday in a civil case pending before the U.S, District Court for the Southern district of New York. He reported CDC’s records show its investigators were working with Chipotle executives to address foodborne outbreak problems as long ago as Dec. 4, 2014.

“Specifically, according to the CDC, 12 individuals were sickened by an outbreak of E. coli O103 from October 2014 to December 2014,” Rosenfeld wrote.

“… Chipotle was apprised that the late 2014 E. Coli outbreak was plaguing customers from these states (Maryland, Michigan, and Virginia) by no later than Dec. 4, 2014, when it participated in a conference call with the CDC … and state health officials.

“… this letter (to the federal court) represents the first time that the late 2014 E. Coli outbreak has been publicly disclosed, as Chipotle has never publicly disclosed this outbreak. The late 2014 E. Coli outbreak means that Chipotle experienced fourteen total outbreaks — five Salmonella, six E. coli, and three norovirus — from October 2014 to December 2015, a period spanning only fifteen months.”

The CDC records obtained through the FOIA requests by the stockholders’ legal team is evidence, according to Rosenfeld, that Chipotle co-founder and CEO Steve Ells and other top executives failed to address food safety problems, leaving the company and its investors in a position to lose money. At this point, the company’s stock would have to nearly triple to regain its losses since late 2015.

The CDC only reported on five outbreaks, all in the second half of 2015, among patrons of Chipotle restaurants across the country. those outbreaks were:

Transparency and public confidence
Current policies at the CDC protect businesses’ identities more often than not. The agency generally leaves that part of foodborne illness outbreak investigations to the Food and Drug Administration and the U.S. Department of Agriculture. In CDC outbreak reports, companies are most often referred to as “restaurant A” or “produce company B.”

Leaving it up to FDA and USDA to name names is appropriate, CDC officials have repeatedly said, because the other agencies are the ones with jurisdiction over food producers, distributors and sellers. The FDA and USDA also sometimes delay or decline to reveal names of food companies, opting to err on the side of caution and wait until lab tests and traceability records confirm beyond a reasonable doubt a link between an outbreak and a specific company or food.

That mindset is a fundamental problem when it comes to public safety and consumers’ trust, according to Seattle attorney Bill Marler, who has been specializing in food safety cases for 25 years. Marler is a founding partner of the Marler Clark LLP law firm, which is representing more than 100 food poisoning victims in civil lawsuits against Chipotle. 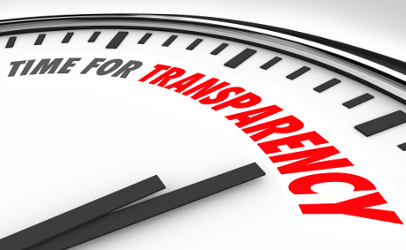 “I’m bothered by the lack of transparency in the those two outbreaks that I know about,” Marler said Thursday night. “It makes you wonder if they report some, why don’t they report others. … Part of the problem with a lack of transparency, in my view, is that it undermines the credibility of public health officials with the public.”

You have to give the CDC and state and local public health authorities the benefit of the doubt, though, Marler said. Outbreaks and the investigations into them are fast-moving situations, leaving hindsight with the best view of how they should be handled.

There is enormous pressure on public health agencies when it comes to striking a balance between getting it right and getting information out to the public soon enough to make a difference, Marler said.