The U.S. Food and Drug Administration (FDA) has advised 14 dietary supplement companies in warning letters dated April 24, 2015, that their total of 17 products include an ingredient on the Supplement Facts panel which is not approved for such use under federal law because it is likely synthetic and cannot reasonably be expected to be safe. According to the warning letters, the ingredient in question is 4-Amino-2-Methylpentane Citrate, and also known as 1,3-Dimethylbutylamine, 2-amino-4-methylpentane, AMP citrate, and 4-methyl-2-pentanamine, or DMBA. 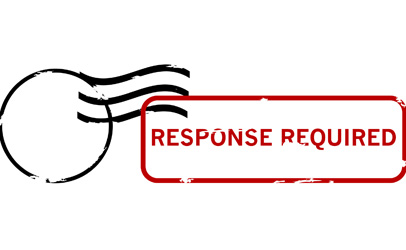 These warning letters went to: 1ViZN LLC, Lehi, UT; Beta Labs, Newark, DE; Blackstone Labs LLC, Boca Raton, FL; Brand New Energy LLC, Burbank, CA; Core Nutritionals LLC, Arlington, VA; DSEO LLC, Riverside, CA; Genomyx LLC, Riverside, CA; Iron Forged Nutrition (dba, TGB Supplements), Hopwood, PA; Lecheek Nutrition, Harrison, AR; Nutrex Research Inc., Oviedo, FL; Powder City LLC, York, PA; Prime Nutrition, Boca Raton, FL; RPM Nutrition LLC, Norwalk, CT, and Vital Pharmaceuticals (dba, VPX Sports), Weston, FL. Federal law states that a dietary supplement containing a new dietary ingredient not marketed in the U.S. before Oct. 15, 1994, “shall be deemed adulterated” unless it meets one of two requirements, the FDA letters explain. The first is that the supplement only contains dietary ingredients present in the food supply as an article used for food in which the food has not been chemically altered. The second is that there is a history of use or other evidence of safety establishing that the dietary ingredient, when used as suggested on the label, “will reasonably be expected to be safe” and the manufacturer or distributor has provided FDA with adequate information supporting that conclusion. “To the best of FDA’s knowledge, there is no information demonstrating that DMBA was lawfully marketed as a dietary ingredient in the United States before October 15, 1994, nor is there information demonstrating that this ingredient has been present in the food supply as an article used for human food in a form in which the food has not been chemically altered,” the warning letters state. Therefore, the agency concludes, these dietary supplement products are adulterated. FDA adds that, even if the information had been submitted about DMBA, “we know of no evidence that would establish that your product is not adulterated.” That’s because, the agency notes, “it contains a new dietary ingredient for which there is inadequate information to provide reasonable assurance that such ingredient does not present a significant or unreasonable risk of illness or injury.”

FDA recently sent warning letters to five manufacturers of dietary supplements containing beta-methylphenethylamine, or BMPEA, which is widely used for weight loss and energy enhancement. Those letters told the companies to stop distributing such products due to BMPEA not being a legitimate dietary ingredient. Wingert Farms Inc., Alexandria, PA, received a warning letter from FDA dated April 21, 2015, noting that inspections of the dairy operation in January and February of this year found that Prevail Injectable Solution was not being used as directed by its approved labeling or by a veterinarian’s written prescription. On April 7, 2015, FDA sent a warning letter to VL Furtado Dairy, Hanford, CA, stating that the dairy had sold three animals for slaughter as food in November and December 2014 whose kidney and liver tissues were later found to contain unacceptably high levels of drug residues. Specifically, FDA’s letter stated that levels found of desfuroylceftiofur (marker residue for ceftiofur) in kidney tissues ranged from 0.49 to 2.15 parts per million (ppm) in the kidney tissues, while FDA’s established tolerance level is 0.4 ppm. Flunixin levels found in liver tissues ranged from 1.28 to 5.37 ppm; the established tolerance level for this drug is 0.125 ppm. Pencillin residues found in the kidney tissue of one cow was 0.602 ppm, while FDA’s tolerance level is 0.05 ppm, the letter stated. In each letter, FDA requested that the companies provide written responses detailing steps taken to bring the facilities into compliance with food-safety laws and regulations, to correct violations cited in the letters, and to prevent their recurrence. Recipients of these warning letters have 15 working days from receipt to outline specific steps they have taken to come into compliance with the law.