Editor’s note: This column was originally published by the Minnesota Journal of Law, Science & Technology LawSci Forum and is reposted here with permission. To view the original post, click here.

Is food medicine? The answer to this simple question is surprisingly complicated. 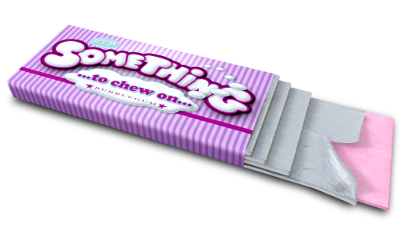 The name of the Food and Drug Administration seems to distinguish between foods and drugs. So too does the Federal Food, Drug, and Cosmetics Act, which helpfully defines “food” as “(1) articles used for food or drink for man or other animals, (2) chewing gum, and (3) articles used for components of any such article.”

While it is not difficult to swallow the concept of chewing gum being food, the broad legal definition of “food” is somewhat circular and does not provide much guidance by itself.  Indeed, the definition of “drug” under the same law notes that drugs are, in relevant part, “articles (other than food) intended to affect the structure or any function of the body of man or other animals.”

Setting the table for further discussion, it should be noted that foods and drugs face different regulatory burdens. For example, drugs face pre-market approval. As for foods, the FDA does not have sole regulatory oversight over food products, which it shares with about 14 other federal agencies. The Government Accountability Office labeled the patchwork of federal food safety oversight as a “high risk issue” noting that it had caused “inconsistent oversight, ineffective coordination, and inefficient use of resources.”

Knowing whether an item is a drug or a food dictates whether it is regulated appropriately and even which laws apply to the item. From the definitions, it would seem that foods are categorically not drugs. Yet, sometimes foods do function as medicine. For example, the Harvard Food Law & Policy Clinic argues that “for critically and chronically ill people, food is medicine.” Part of the Clinic’s work has advocated for expanded medically-tailored food and nutrition interventions to improve health outcomes and reduce overall health care costs for high-risk, high-need populations. Even outside of high-risk populations, it is likely many of us provide self-care through food, such as sipping chicken soup for colds or the flu.

According to an article in the aptly titled scholarly journal Nutrients, a nutraceutical is “food (or part of a food) that provides medical or health benefits, including the prevention and/or treatment of a disease” and functional foods are “food products that have an added positive health benefit…” Notably, each definition expressly notes that these items are foods, not drugs. Put another way, an apple a day may keep doctors away, but apples enriched with antioxidants may be a functional food that merits a price premium from consumers. The terms have largely arisen out of marketing practice, and a combination of the words “nutrition” and “pharmaceutical.”

Entire publications have devoted themselves to the news and scholarly analysis of these products, including Nutraceuticals World and the Journal of Functional Foods. One recent article examined whether Jelly Belly, the jelly bean purveyor, could support its claims that its Sports Beans were “clinically-proven” to maximize sports performance.

Further blurring the line between foods and drugs, a “medical food” is defined under a statute that has “drug” in the name, but the product is not actually a “drug.” A “medical food” is defined under the Orphan Drug Act, as “a food which is formulated to be consumed or administered enterally under the supervision of a physician and which is intended for the specific dietary management of a disease or condition for which distinctive nutritional requirements, based on recognized scientific principles, are established by medical evaluation.”

Pursuant to the above definition, the FDA has declared that medical foods must be taken only under the supervision of a physician. According to a recent FDA Guidance Document, medical foods are explicitly not drugs and are not subject to the requirements that apply to drugs. As an example, one medical food, Deplin, is an orange pill that advertises itself as a “prescription medical food” specifically designed to meet the “clinical dietary management of depression and schizophrenia.”

In the supermarket, consumers may stroll from the pharmacy aisles to the food aisles, seeing pharmaceuticals one moment and nutraceuticals the next. With consumers willing to pay a price premium for healthy foods, including functional foods, foods that make claims to reduce disease and promote good health are likely here to stay. Note on author: Tommy Tobin is a graduate of Harvard Law School and Harvard Kennedy School. Tobin has served as a teaching fellow in the Harvard Economics Department and Instructor of Law at UC Berkeley’s Goldman School of Public Policy. His writing has appeared in scholarly journals and major newspapers, including the Baltimore Sun, Charlotte Observer, and San Francisco Chronicle.