Federal officials slapped down claims by Chipotle Mexican Grill’s corporate lawyers that the public didn’t need to know details about E. coli outbreaks that sickened at least 60 people across 14 states in late 2015. 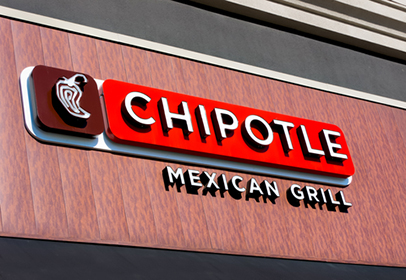 Outbreak updates posted by the Centers for Disease Control and Prevention did not include “the most accurate information available” and they “actually misinform the public,” according to Bryant “Corky” Messner, an attorney for the Denver-based burrito fast food chain. Messner sent a letter to CDC officials on Dec. 21, 2015, telling them the federal public health agency had failed to follow its own regulations as well as federal law. The restaurant chain complained that the CDC’s public updates in November — while the outbreaks were ongoing — were unnecessary because there was “no ongoing threat.” Wrong, wrong and wrong again was the CDC’s response. In a letter sent April 15 and just made public this week. Dr. Jeremy Sobel, CDC’s associate director for epidemiological sciences, said the agency followed the letter and sprit of federal law, as well as its internal policies and procedures. “… we disagree that there was ‘no ongoing threat’ at the time of the web postings, particularly since the investigation of these two outbreaks linked to Chipotle Mexican Grill Restaurants has not identified a specific cause,” Sobel wrote. “A public health professional would not conclude that transmission had ceased until at least several weeks after the last reported case.” The CDC posted the initial notice of the first of the two E. coli outbreaks on Nov. 4. Illness onset dates for the two outbreaks range from Oct. 19 through Dec. 1. On Feb. 1, the CDC posted an update stating the two E. coli outbreaks appeared to be over. The CDC did not indicate in that update that it had ended its investigation of the outbreaks, though Chipotle issued news releases stating the agency’s fine outbreak update cleared the restaurant chain. The final outbreak update reported 47 of 54 outbreak victims interviewed regarding the 11-state E. coli outbreak said they had eaten at a Chipotle during the week before they became sick. In the three-state outbreak, all five victims reported eating at a Chipotle restaurant during the week before they became sick, according to the CDC report. Other criticisms by Chipotle and the CDC’s April 15 responses included: Chipotle: CDC used inappropriate methods when determining outbreak victims. CDC response: “The case definitions for these two investigations define cases as those that appear on reports of ill people to the PulseNet system infected with the molecularly-defined outbreak strain of the pathogen; they are not based on whether a person consumed food at Chipotle Mexican Grill before becoming ill. All multistate foodborne outbreak(s) caused by Escherichia coli, Salmonella enterica, and Listeria monocytogenes use this type of ‘molecular’ case definition. “It is a basic tenant of the science of epidemiology that using an exposure as a part of a case definition biases epidemiologic assessment of the outbreak source. In other words, requiring exposure to Chipotle restaurants in order to meet the case definition would preclude the ability to assess other exposures as potential causes of the outbreak.” Chipotle:  The CDC’s Dec. 4, 2015, update misinformed the public and made no effort to advise the public that some sick people had no known connection to Chipotle. CDC response: “The Dec. 4, 2015, web posting provided the public as well as public health and regulatory partners in federal, state, and local agencies with updated information regarding an ongoing investigation. This included information on the seven ill people which had been newly identified since the preceding web posting on Nov. 20, 2015. “CDC reported in this posting that several of these individuals did not recall eating at Chipotle Mexican Grill in the week before their illness began. Specifically, the Dec. 4, 2015, web posting includes the following statement in the ‘What’s New’ and ‘Investigation Update’ sections: ‘Of the three most recent illnesses reported in November, only one ill person, whose illness started on Nov. 10, reported eating at Chipotle Mexican Grill in the week before their illness began.’ ” (To sign up for a free subscription to Food Safety News, click here.)