Carl Custer is an independent consultant for food safety microbiology. He retired from USDA FSIS in 2007 after over 34 years as a bench and a desk scientist.  The food safety issues he worked on include:

Analysis and inactivation of Trichinella spiralis,

Thermal and non-thermal inactivation of bacterial pathogens in traditional and ethnic foods,

The microbiology and safety of fermented and dry-cured meat products,

HACCP development and implementation for both processing and slaughter

Carl is a lifetime member of the International Food Protection Association (IAFP) and the American Society for Microbiology.  He was also a member of the Food Microbiology Research Conference executive board for twelve years and the Chair for two years.

Carl started his Food Microbiology career in 1966 as a technician then as graduate student for Dr. Carl Vanderzant at Texas A&M.  Projects included dairy, meat, and seafood microbiology.

We need more than education
We need pathogen control
Hey Congress, we can’t do it alone
With apologies to Pink Floyd

Frequently, APHA vs Butz (1974) is cited as a reason that Salmonella cannot be declared an adulterant. That decision was based in part on an unsubstantiated political opinion contrary to previous, contemporary, and following

During the past half century the Centers for Disease Control and Prevention’s annual reports show that salmonellosis has been the leading cause of foodborne death. Salmonellosis is caused by virulent serotypes of the bacterium…
END_OF_DOCUMENT_TOKEN_TO_BE_REPLACED

Not all Salmonella are alike. Camplyobacter likely similar.

Preharvest economic incentives haven’t eliminated STEC but imagine what the data would be like if there were none. Leafy greens anyone? Scandinavia has accomplished a lot…
END_OF_DOCUMENT_TOKEN_TO_BE_REPLACED

Editor’s note: One of our regular contributors, Carl Custer, has been closely watching the investigations into E. coli O157:H7 outbreaks associated with romaine lettuce in the past year. Here he discusses some of the …
END_OF_DOCUMENT_TOKEN_TO_BE_REPLACED

Editor’s note: This is the second of a two-part opinion piece. To read part one, please click here.

In the previous article, I wrote about the decades-old public health problem of poultry-borne salmonellosis.
END_OF_DOCUMENT_TOKEN_TO_BE_REPLACED

Editor’s note: This is the first of a two-part opinion piece.

In recent days the CDC and FSIS updated information on a continuing salmonellosis outbreak connected to raw and live turkeys. Since July 19…
END_OF_DOCUMENT_TOKEN_TO_BE_REPLACED 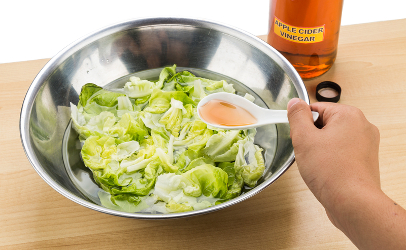 The most recent outbreak from Escherichia coli O157:H7 in romaine lettuce spurred me to pull up an old draft, trim it and post it in an attempt to promote public health. Enjoy.