A company that provides a variety of goods and services to the food industry — including coatings that are used on breakfast cereals — is on notice from the FDA for failure to control Salmonella bacteria in its Gridley, IL, production plant.

Although the Food and Drug Administration blacked out key details in a warning letter it sent to the corporation, the document reveals that government inspectors were not the only people to find Salmonella in the cereal production rooms at Kerry Inc. The company’s own tests returned repeated positive results for Salmonella for 18 months while it continued to produce and ship cereal.

At least two of those months overlap with an ongoing Salmonella outbreak linked to Kellog’s brand Honey Smacks cereal. The outbreak has sickened 100 people across 33 states, resulting in 30 people being admitted to hospitals, according to the most recent update from the Centers for Disease Control and Prevention, which posted July 12.

The FDA’s warning letter does not reference the outbreak or the massive multi-national recall of Honey Smacks initiated by Kellogg’s on June 14. In its recall notice, Kellogg’s reported that it had contracted with another company to produce the cereal.

No additional details are available for the public about whether Kerry Inc. produces cereal for Kellogg’s, an FDA spokesperson said on July 31. The agency’s investigation is ongoing. 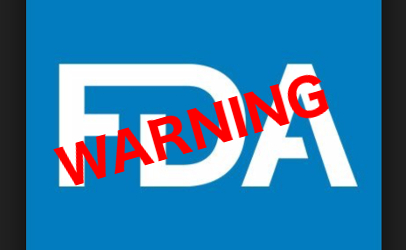 “Between Sept. 29, 2016, and May 16, 2018, you repeatedly found Salmonella throughout your facility, including in cereal production rooms. During this time period, you had 81 positive Salmonella environmental samples and 32 positive Salmonella vector samples — samples taken in response to finding a positive on routine testing…,” according to a July 26 warning letter sent to Kerry Inc. and made public July 31 by the FDA. The agency blacked out the specific types of Salmonella the company found in its plant.

“Further, you had repeated findings of other Salmonella species in some production lines and rooms used for the manufacture of cereal. These repeated findings of Salmonella in your environment should have resulted in a reanalysis of your food safety plan as required by (federal law) and the identification of contamination of RTE (ready-to-eat) cereal with environmental pathogens as a hazard requiring a preventive control, i.e., sanitation preventive control.”

Inspectors found other significant food safety problems in the cereal production areas at Kerry Inc. One of those problems was allowing finished ready-to-eat cereal to be exposed to the environment before packaging without going through a kill step.

Compounding the problem of exposing the finished cereal to the environment is the fact that the company’s food safety plans and protocols do not include prevention measures for the known hazard.

The Kerry Inc. “hazard analysis for the cereal … did not identify contamination of RTE cereal with the environmental pathogen of Salmonella as a food safety hazard requiring a preventive control,” the FDA warning letter says.

“Salmonella contamination of RTE cereal from the environment is a known or reasonably foreseeable hazard that should have been identified as a hazard requiring a preventive control.”

Other violations of federal law listed in the warning letter include:

The FDA acknowledged that Kerry Inc. officials have “committed to performing corrective actions both verbally and in a written response dated July 23, 2018.” Those corrective actions include hiring a third-party consultant, conducting a root-cause analysis and plans to update the company’s food safety procedures and practices.