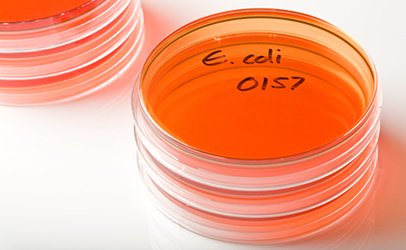 Norwegian authorities are investigating possible sources of an outbreak of E. coli O157:H7 which has affected eight people.

Folkehelseinstituttet (Norwegian Institute of Public Health) reported the illnesses began last month, with patients spread across the country. None of them have developed hemolytic uremic syndrome (HUS), which can develop in people with severe infections.

People can become infected from E. coli bacteria by eating or drinking contaminated food or water, and contact with infected animals or people who have the illness.

The sick people are between 4 and 75 years old and evenly split between women and men. They live in Aust-Agder, Akershus, Oslo, Oppland, Vestfold, Hordaland and Trøndelag. Bacteria with similar DNA profiles have been detected in all eight people.

Norway reported three E. coli outbreaks last year with 10 people affected. It was the first year since 2013 that there had been an outbreak associated with the pathogen in the country.

Symptoms vary but often include bloody diarrhoea and abdominal cramps, usually beginning two to five days after exposure to the bacteria. Most people recover within 10 days. However, people in high risk groups can suffer severe symptoms and side effects that result in hospitalization and sometimes death. High risk groups include young children, adults older than 65, people such as cancer patients and transplant recipients who have weakened immune systems, and pregnant women.

The bacteria is destroyed by thoroughly cooking foods until all parts reach a temperature of 160 degrees F (70 degrees C) or higher. Raw and cooked food should be kept separate and vegetables and fruit should be washed thoroughly before eating.

Norwegian authorities are also investigating an outbreak of Yersinia enterocolitica that has affected 18 people. The source is not yet known but previous outbreaks have been traced to salad. It is the third Yersinia outbreak in the country since 2011.