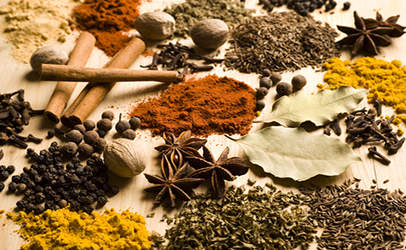 Four years ago, the U.S. Food and Drug Administration released a draft risk profile on the public health dangers associated with spices, identifying the presence of pathogens such as Salmonella and filth in general. It described efforts to reduce the public health risk posed by consumption of contaminated spices and identified control options to prevent contamination.

Earlier this month, the FDA announced the availability of an updated risk profile on pathogens and filth in spice. The 2017 Risk Profile: Pathogens and Filth in Spices (2017) includes data from an FDA survey that evaluated Salmonella prevalence and aerobic plate counts in packaged dried spices offered for sale at retail establishments in the U.S.

The survey showed that the prevalence of Salmonella in nine out of 11 types of retail spices in the U.S. was significantly lower than that for shipments of spices at import, according to a summary published by the National Law Review. The findings from the study were based on more than 7,000 retail samples of 11 different spice types that were collected November 2013-September 2014 and October 2014-March 2015.

The FDA pointed out that the findings from its recently published survey are consistent with public comments from the domestic food industry stating that responsible manufacturers apply a pathogen reduction treatment to many spices after they enter the U.S. but prior to retail sale.

The FDA reported that the Food Safety Modernization Act (FSMA), signed into law in 2011, enables the agency to better protect public health by strengthening the food safety system and to focus more on preventing food safety problems rather than relying primarily on reacting to problems after they occur.

The original report contains a complete description of the study, data collected and results, including information about Salmonella outbreaks linked to spices.

For each of the 11 types examined, estimated prevalence in 125-gram samples of spices analyzed was less than 1 percent. No positive samples were found for cumin (whole/ground/cracked), sesame seed (whole) or white pepper (ground). This table shows the estimated Salmonella prevalence (125 g) in samples collected November 2013-September 2014 or October 2014-March 2015.

Of particular interest in this study, the FDA said, was whether the Salmonella prevalence estimates for each spice type at the point of entry to the United States were different from those for the same spice type at the point of retail purchase by U.S. consumers, particularly for the spices where the U.S. supply is overwhelmingly imported, as is the case for at least seven of the spices examined: basil, black pepper, coriander, cumin, curry powder, oregano and white pepper.

For red pepper, paprika and sesame seed, imports are also the major source of the U.S. supply but domestic production is significant. The Salmonella prevalence estimates for spices offered for sale at retail establishments for all of the spice types examined except dehydrated garlic and basil (for which statistical power was limited) were significantly smaller than estimates for shipments of imported spice offered for entry.

The results of this study are consistent with the assumption that most bulk shipments of spice undergo a pathogen reduction treatment following entry to the United States and prior to releasing for retail sale. No Salmonella-positive samples were found for cumin, sesame seed or white pepper.