Two restaurants in Utah are linked to a hepatitis A outbreak in the state that has been ongoing since August. The report from state health authorities comes almost too late for the restaurant’s customers to seek post-exposure treatment to avoid infection. Earlier this month Utah officials reported that a 7-Eleven employee could have exposed thousands to the virus by working while infected. That announcement came very late during the window of opportunity for post-treatment, leaving people only a couple of days to seek preventive treatment. The post-exposure treatment must be given within two weeks of exposure to the virus.

For the most recent restaurant exposure situations, health officials are advising  anyone who ate, drank or used the restrooms at Sonic Drive-In or Olive Garden in Spanish Fork on certain days in December to monitor themselves for signs of hepatitis A infection. It can take up to 50 days for symptoms to develop.

Each of the restaurants had an infected employee who was working while contagious, the department said.

The at-risk period for customers of the Sonic on North Main Street in Spanish Fork was Dec. 23 and 24. For the Olive Garden on North Canyon Creek Parkway in Spanish Fork, customers who were there anytime from Dec. 21-30 may have been exposed to the virus, according to a statement from the Utah County Health Department.

The department is making vaccinations available to those who may have been exposed to the disease. As of Jan. 8, Utah had confirmed 133 outbreak associated cases of hepatitis A.

Health officials encourage vaccine for foodservice employees
Since Jan. 1, 2017, Utah’s public health staff has identified 152 confirmed cases of hepatitis A virus infection. Many of the people are homeless and/or substance abusers. Several cases have been linked by investigation and/or viral sequencing to a national outbreak of hepatitis A involving cases in California, Arizona, Michigan, Kentucky and other states. 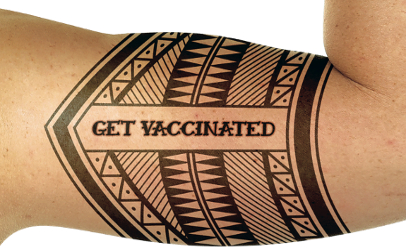 An increasing number of people who are neither homeless nor substance abusers are being exposed and becoming infected with the virus via foodservice workers at restaurants and other retail locations that sell food. Generally, people are contagious before symptoms begin, and some infected people never develop symptoms.

Hospitalization rates of less than 40 percent have been the norm in previous hepatitis A outbreaks. However, jurisdictions associated with the current outbreak are reporting  hospitalization rates approaching 70 percent. The high rate of hospitalization may be a result of cases having underlying illnesses such as alcoholism and other substance abuse.

Hepatitis A is usually spread through having oral contact with items contaminated with hepatitis A, for example, through ingesting food or drinks contaminated by microscopic amounts of infected feces that cannot be seen by the human eye. If symptoms occur, they usually appear anywhere from 2-6 weeks after exposure.

Symptoms usually develop over a period of several days, and may include the yellowing of the skin or whites of the eyes, abdominal pain, nausea or diarrhea. Hepatitis A vaccination is the best way to prevent hepatitis A infection.