Ohio public health officials announced Monday that potato salad containing home-canned potatoes was the likely cause of a recent botulism outbreak following a potluck luncheon at the Cross Pointe Free Will Baptist Church in Lancaster, OH. They said that their conclusion was based on lab tests and interviews with those who attended the potluck on April 19. 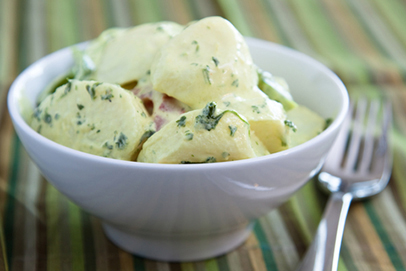 One woman died and 21 others have been confirmed as having botulism associated with the outbreak, according to the Ohio Department of Health, and there are another 10 suspected cases of people exhibiting symptoms consistent with botulism. Those hospitalized have received a botulism anti-toxin provided by the U.S. Centers for Disease Control and Prevention (CDC), and 12 people still remain in the hospital. “This is a difficult time for our community, and our thoughts and prayers are with the affected individuals and their families,” said Mark Aebi, M.D., Health Commissioner and Medical Director for the Fairfield Department of Health in Lancaster. He thanked the state and local health departments, CDC, and the Fairfield Medical Center staff for rapid assessment and their participation in the outbreak response. Health officials reminded the public that foodborne botulism can be prevented by following proper canning techniques to avoid contamination of foods, including using the right equipment for the food being canned. Other advice for home canners:

In-depth, step-by-step canning directions are available from the National Center for Home Food Preservation, the U.S. Department of Agriculture’s Complete Guide to Home Canning, and The Ohio State University Extension Home Food Preservation. Additional food safety guidelines to follow when preparing and serving foods at large gatherings and community events to reduce the risk of foodborne illness can be found here. Foodborne botulism, which comes from a nerve toxin produced by Clostridium botulinum bacteria, is relatively rare in the U.S. According to CDC, there is an average of 145 cases in this country every year, with about 15 percent of them linked to food. When botulism outbreaks occur, they are usually linked to home-canned food, particularly low-acid vegetables such as beets, corn, asparagus and green beans. While botulism can be fatal, CDC states that the number of people who have died from it has fallen dramatically in the past 50 years from about 50 percent to 3-5 percent of all cases.