The U.S. Food and Drug Administration Commissioner Scott Gottlieb  talked about compliance with new food regulations at the Annual Meeting of the influential National Association of State Departments of Agriculture (NASDA) in New Orleans.

Compliance deadlines are on the minds of those in American agriculture as 2018  approaches, making Gottlieb’s appearance before the state officials possibly the most timely visit by an FDA commissioner in a decade.

Gottlieb spoke on Sept. 12 about FDA’s decision to emphasize education during the first year of implementation of the Produce Safety Rule. That approach to the rule, which is part of the Food Safety Modernization Act (FSMA), will give the agency more time to develop guidance and to complete development of regulator training programs for implementing the rule. 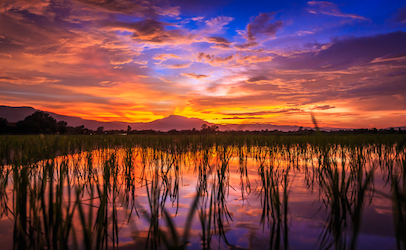 Michael G. Strain, NASDA president and Louisiana’s commissioner of agriculture and forestry, underscored the significance of this critical step to help producers comply with the rules of FSMA before enforcement begins.

“We are pleased that states will have more time to deploy educational tools for our producers based on that guidance and to implement the ‘On-Farm Readiness Review Process,’ which is consistent with the FDA decision to emphasize education. FDA is showing support of an important transition from the reactive programs that have existed in the past to the preventive programs of the future,” said Commissioner Strain.

“Extending these compliance dates by an additional two to four years and reviewing testing methods will provide producers with more practical and achievable water quality expectations across our diverse food production landscape. Commissioner Gottlieb’s announcement underscores the growing strength of our cooperative partnership with the FDA. This is an important first step towards feasible water standards for America’s producers.”

NASDA and FDA entered into a cooperative agreement in 2014. As a part of the effort NASDA has developed a Model Produce Safety Implementation Framework for states to use as they implement the Produce Safety Rule. Forty-three states are cooperating with FDA to implement the Produce Safety Rule. The FDA has committed $30.9 million for these state programs. The On-Farm Readiness Review program is being developed by NASDA in conjunction with the FDA and state extension services. It is a voluntary, non-regulatory opportunity to assess a farm’s readiness for FSMA compliance.

In his remarks, Gottlieb outlined some immediate next steps in a comprehensive approach to ensuring successful implementation of the Produce Safety Rule.

Gottlieb said FDA has recognized a need for additional efforts to educate the produce industry and state regulatory partners on the rule and will continue its focus on training, guidance development and outreach during the next year.

This is particularly important because the nation’s farming community has not previously been subject to this kind of oversight.

Gottlieb also announced steps the FDA will be taking to address concerns related to the complexity and feasibility of implementing standards for agricultural water.

The next steps include:

The proposed extension will give the agency time to take another look at the water standards to ensure that they are feasible for farmers in all regions of the country while protecting public health.

The FDA does not intend to take action to enforce the agricultural water requirements for produce other than sprouts while the rulemaking to extend the compliance dates is underway. Sprouts, because of their unique vulnerability to contamination, remain subject to applicable agricultural water requirements in the final rule and their original compliance dates.

Stakeholder engagement on agricultural water standards
With the extended compliance dates, the FDA plans to seek input from farmers, state regulatory partners and other stakeholders about the diverse ways water is used and how to ensure that the standards will be as practical and useful as possible for all farming operations. This will include a summit on the agricultural water early next year. FDA will have more information on this later in the year.

Water testing methods
In a recent letter to the Western Growers group, the FDA listed eight additional testing methods from the U.S. Environmental Protection Agency and other public health entities that it has determined are equivalent to the method incorporated by reference (Method 1603) in the Produce Safety Rule.

Numerous stakeholders have asked for the FDA to recognize other ways that are appropriate for use in agricultural water testing. The FDA has posted the list of methods it has determined to be equivalent on its website and intends to add other identified methods to the list.

Produce farm inspections
Large farming operations will still be expected to meet all produce safety requirements set by the rule for produce other than sprouts, except those related to agricultural water, by the original Jan. 26, 2018, compliance date.

However, Gottlieb announced that inspections to assess compliance with the non-water requirements of the Produce Safety Rule for commodities other than sprouts would not begin until 2019.

The FDA and its state partners will use the additional time to provide more education, training and outreach on the new requirements. In particular, states — in conjunction with NASDA and the FDA — will expand On-Farm Readiness Reviews. Such reviews have already been piloted in six states.

In the pilot programs, teams of state officials, cooperative extension agents, and FDA produce experts provided farmers with an assessment of their “readiness” to meet the new requirements. State points of contact will receive further information on the change this week in the form of letters from the FDA’s Office of Regulatory Affairs, and calls are being scheduled to answer any questions.

Earlier this year, the FDA awarded more than $30 million to support 43 states in their development of produce safety programs. It builds on the nearly $22 million that the FDA awarded last year to 42 states. States will receive information from the FDA this week on how existing cooperative agreement funding can be reallocated to provide for an additional focus on educational and outreach activities instead of inspections.

Training opportunities for both sides
The FDA remains committed to ensuring that produce farmers and state regulators have the training needed to implement the Produce Safety Rule, Gottlieb said. Training of state regulators will be a top priority for the FDA in 2018.

Additional details on training opportunities and other FSMA related training courses are scheduled to be provided during an October webinar. The agency is committed to working in partnership with farmers and the states, particularly over the next year, to ensure that the fruits and vegetables are safe and that consumers have the greatest possible confidence in the agricultural products they consume.