Food safety, meaning the continuous inspection of meat, poultry, eggs — and now catfish, in fiscal 2017 will cost $1.221 billion. That amount is contained in the President’s $155 billion USDA budget proposal for 2017. We learned in political science class that budgets are the only true statements politicians make about their priorities. By that measure, food safety accounts for three-quaters of 1 percent of USDA’s budget.  The percentage looks a little better when it is figured against only USDA’s “discretionary budget authority,” which is projected to total $25 billion for 2017. 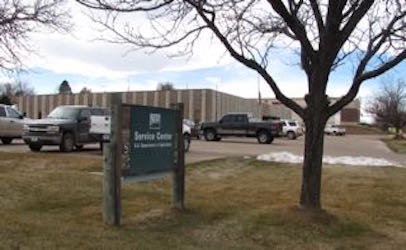 Food safety accounts for 4.8 percent of discretionary spending proposed for FY 2017, which begins on Oct. 1. The Obama budget already calls for about $1 billion less in discretionary spending next year than this year. Within USDA world, food safety competes with some nutritional programs, rural development, the U.S. Forest Service, and all sorts of research and conservation. The big bucks at USDA are handed out on the “mandatory” spending side. These include crop insurance, nutrition assistance programs, farm commodity and trade programs, and a number of conservation programs. These are the programs Congress has defined and if you qualify, USDA has no choice but to write you a check or hand you an EBT card. Free stuff. The two biggest areas are nutrition assistance and farm and commodity programs. Obama’s 2017 budget proposal calls for “outlays” of $151 billion with 71 percent of that going into the nutrition programs like SNAP and Women, Infants and Children or WIC.  And those farm and commodity programs account for another 16 percent. As congressional budget writers are beginning their work, we think now might be a good time to make a couple points about how the USDA budget could impact the Food Safety and Inspection Service (FSIS). We’ve noticed over the years that many of our readers seem to have a love/hate relationship with FSIS. It’s an agency known for occasionally making marvelous progress, like the dramatic reduction in E. coli O157:H7 contamination. Other times it seems like the glaciers are moving faster than FSIS. But the USDA budget always seem to provide nothing more than a “status quo” budget for FSIS. It’s inspection personnel report to work daily  at 6,400 slaughter and processing establishments and import houses. This cadre of inspectors are, it seems, out of sight and out of mind for the USDA big bosses and the White House. This is an opportunity for Congress to show some imagination. How about a congressional  plan to surge inspectors into poultry establishments to show some fast progress on the Salmonella and Campylobacter problem? Or maybe Congress should make some significant research money available that could be spent only at the discretion of a Senate-confirmed Under Secretary for Food Safety. (A position Obama has left vacant for more than two years.) Or something else, almost anything else. Asking for the same amount of money year in and year out is evidence that food safety at USDA is not as important as it should be.  Those in Congress who hammer that point home will get some attention.  I can guarantee it. As for USDA, one has to also wonder if it hasn’t gotten too big. Maybe it’s charity programs should be transferred to another department focused on poverty. But those are all questions for the future. If somebody in Congress would show some life, there’s money in this budget that could easily be shifted to a solid food safety initiative. Here’s where I’d start looking:

The possibilities are endless. Congressional budget writers should be able to easily come up with an extra $250 million for USDA food safety initiatives. (To sign up for a free subscription to Food Safety News, click here.)