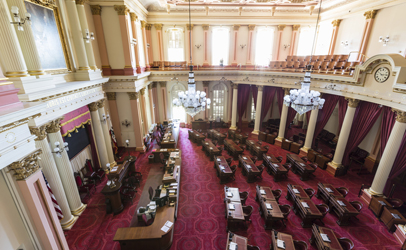 On Monday, the California Assembly passed Senate Bill 835 to ban the use of antibiotics for growth promotion and require a veterinarian prescription for a livestock antibiotic. The Natural Resources Defense Council (NRDC) and other public interest groups such as the Consumers Union, Environmental Working Group and Sierra Club California opposed the measure because they say it is unlikely to actually reduce antibiotic use in livestock. The debate mirrors that surrounding the Food and Drug Administration’s Guidance for Industry #213, which phases out the use of antibiotics to promote growth in food animals. Critics of the guidance say that it won’t actually do much to reduce the use of these drugs because “disease prevention” labels could simply replace those for growth promotion. They emphasize that the antibiotic manufacturers have stated that they don’t expect the change to affect their revenues. “It shares the central flaw of the FDA guidance on which it is modeled: it would allow most current uses to continue under a different name,” the groups opposing the California bill argued. They are also concerned that SB 835 does not include a mechanism for tracking whether use increases or decreases as a result of the ban. In an opinion piece published by the Sacramento Bee in July, Roberto De Vogli, an associate professor at the University of California, Davis, School of Medicine, and Garo Manjikian, legislative advocate for CALPIRG, expressed their dissatisfaction with SB 835, calling it a weaker version of the FDA guidance. “If the Legislature is serious about tackling this problem, it must pass a bill that limits the use of the antibiotics to only treating sick animals,” they wrote. “Anything short of that fails to be a solution to this public health threat.” They recommended Assembly Bill 1437, which would have banned the sale of meat in California if antibiotics were used for a purpose other than treating illness, but this bill failed to pass its first policy committee. SB 835 author Sen. Jerry Hill (D-San Mateo) responded with his own op-ed, arguing that “preventative use can be judicious” and that “we cannot simply remove a tool that veterinarians use to uphold their oath” to protect animal health and welfare. The bill now heads back to the state Senate for approval of amendments.