The Peanut Corporation of America shut down in 2009 after a massive outbreak of Salmonella Typhimurium linked to its products left the company bankrupt. Evidence that company officials knowingly released contaminated product onto the marketplace first surfaced in February of 2009 following an investigation by the U.S. Food and Drug Administration. Now, four years later, the United States Department of Justice has filed a criminal indictment against four former PCA officials, and revealed that another pled guilty to 29 counts of fraud earlier this month. The offenses cited in this indictment stretch back far beyond the 2008-2009 outbreak, all the way back to 2003. What follows is a timeline of the history of PCA, from the company’s beginnings through its end, and finally to the criminal charges brought against its top officials. 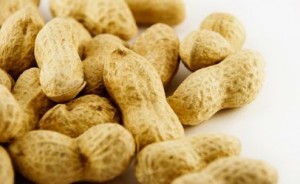 February 15, 2001: A peanut production facility in Blakely, GA operating under the name Casey’s Food Products, Inc. changes its name to Peanut Corporation of America. Stewart Parnell takes over as owner and president of the company. Headquarters are established in Lynchburg, Virginia.  June 19, 2003: The Manager of Interim Operations at PCA’s Blakely location sends a fax to Daniel Kilgore, the PCA Blakely Operations Manager, instructing him to substitute Chinese Extra Large peanuts for Blanched Jumbo Runners when shipping to a customer who had requested the latter, without notifying the customer. These instructions come “per Stewart.” September 2004 – September 2006: During this time period, Stewart Parnell and Daniel Kilgore order product to be shipped to customers before receiving results of microbiological testing that reveal the presence of Salmonella in the product on eight separate occasions. They do not inform customers who received the potentially contaminated product in any of these instances. October 5, 2006: Stewart Parnell is notified by a customer that product received from PCA tested positive for Salmonella. That product is one of those that had tested positive for Salmonella during PCA’s internal testing but been shipped to the customer. Stewart Parnell responds to the customer in an email stating, “I am dumbfounded by what you have found. It is the first time in my over 26 years in the business that I have ever seen any instance of this. We run Certificates of Analysis EVERY DAY with tests for Salmonella and have not found any instances of any, even traces, of a Salmonella problem.” November 16, 2006: Michael Parnell, brother of Stewart Parnell and Vice President of P.P. Sales, the food broker who negotiates sales for PCA, informs Stewart that the company could create a false certificate of analysis if needed. March 8, 2007: Stewart Parnell sends an email to a customer stating that “We have run countless tests and show absolutely no evidence of Salmonella,” referring to a lot of product that he had been informed had tested positive for Salmonella in September 2006. March 14, 2007: Stewart Parnell sends an email to a customer stating, “Every peanut that we have shipped has only left our facility upon successful negative testing for Salmonella…We can find absolutely no evidence of instances of Salmonella.” March 21, 2007: After being told that Salmonella testing results were not yet available for a lot of product and that shipment would have to be delayed in order to wait for the results, Parnell sends an email that reads: “shit, just ship it. I cannot afford to lose another customer.” April 12, 2007: A PCA official sends an email to the National Sales Manager regarding totes of peanut meal, saying, “They need to air hose the top off though because they are covered in dust and rat crap.” The email was forwarded to Stewart Parnell, who replied, “Clean em all up and ship them.” March 2008: Mary Wilkerson is promoted to Quality Assurance Manager at PCA. March 26, 2008: Daniel Kilgore sends email to Stewart and Michael Parnell regarding testing of peanut paste suggesting that PCA use a smaller sample size “and hope they don’t ever catch it.” June 6, 2008: Stewart Parnell sends an email to PCA employees regarding retesting after a presumptive positive Salmonella test on a product. In it he states: “I go thru this about once a week…I will hold my breath…………again…” September 2, 2008: Stewart Parnell authorizes Samuel Lightsey, who had taken over from Kilgore as Operations Manager in July of 2008, to ship product that had not tested within acceptable microbiological specifications because the customer didn’t require a certificate of analysis. September 6, 2008: The first victim of what will become a massive Salmonella outbreak linked to PCA products falls ill.

November 10, 2008: The Centers for Disease Control and Prevention detects an outbreak of Salmonella Typhimurium, identifying 13 cases in 12 states. November 24, 2008: CDC identifies a second multistate cluster of Salmonella Typhimurium infections, identifying 27 cases in 14 states. February 2008 – December 2008: PCA ships 13 lots of peanut products accompanied by false certificates of analysis during this time, later investigations reveal. February 2008 – January 2009: In later investigations, federal officials discover that peanut products known to be adulterated are introduced into commerce by PCA 20 times during this time period. January 3-4, 2009: CDC pinpoints peanut butter as the likely source of the ongoing Salmonella outbreak. January 9, 2009: Minnesota Department of Health isolates Salmonella from an opened container of King Nut peanut butter. The U.S. Food and Drug Administration (FDA) launches an investigation of PCA’s Blakely, GA facility, where the nut butter was produced.  January 13, 2009: PCA announces a recall of some lots of peanut butter for potential Salmonella contamination January 16, 2009: PCA expands its recall to include all peanut butter produced on or after August 8, 2008 and all peanut paste produced on or after September 26, 2008. January 18, 2009: PCA expands its recall a second time to include all peanut butter and peanut paste manufactured at its Blakely, GA processing plant on or after July 1, 2008. January 21, 2009: FDA begins investigation of PCA facility in Plainview, TX January 28, 2009: PCA expands its recall for a third time. All products produced at its Blakely plant since January 1, 2007 are now included. February 2, 2009: FDA’s investigation of PCA’s Blakely, GA facility reveals that the plant shipped product before receiving positive test results for Salmonella 12 times between 2007 and 2009. February 10, 2009: Stewart Parnell appears under subpoena before the House Energy and Commerce Subcommittee during a hearing on the PCA outbreak. He invokes his Fifth Amendment rights and refuses to testify. February 12, 2009: Texas orders PCA Texas facility to halt production and recall all product manufactured since January 1, 2007. PCA has now recalled over 3,600 products. Over 600 people are now known to have been sickened by Salmonella linked to PCA products. February 14, 2009: PCA files for Chapter 7 bankruptcy and begins to liquidate its assets. February 20, 2009: PCA issues a statement to customers telling them to cease distribution of products from PCA plants in Georgia and Texas. April 2009: The Salmonella outbreak linked to PCA products ends.  At least 714 people in 47 states have been sickened. Nine deaths are thought to be attributed to bacteria from PCA peanut products. March 2010: Stewart Parnell hires Thomas J. Bondurant, Jr. as his defense attorney. August 26, 2010: A federal judge awards victims of the PCA Salmonella outbreak $12 million in settlement money, to come out of the now-bankrupt PCA’s insurance policy.* February 11, 2011: Family members of victims who died or were sickened in the PCA Salmonella outbreak call for criminal charges to be brought against former PCA officials during a press conference in Washington, D.C. October 24, 2012: Grand Jury subpoenas a former PCA official, a female whose name is kept confidential. February 11, 2013: Daniel Kilgore, Operations Manager at PCA plant in Blakely, GA from June 2002 through May 2008, pleads guilty to one count of conspiracy to commit fraud, one count of conspiracy to introduce adulterated and misbranded food into interstate commerce, eight counts of introducing adulterated food into interstate commerce with the intent to defraud, six counts of introducing misbranded food into interstate commerce with the intent to defraud, eight counts of interstate shipment fraud and five counts of wire fraud. See court documents here. February 21, 2013: The Justice Department files a 76-count indictment of former PCA officials, including Stewart Parnell, Michael Parnell, Samuel Lightsey and Mary Wilkerson.