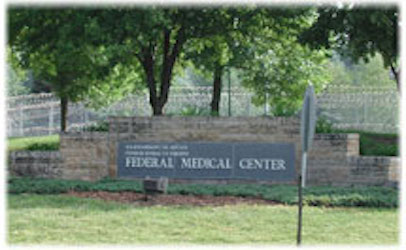 Peter DeCoster, the 54-year old son of the one-time egg baron Austin “Jack” DeCoster, is set to be released Monday from the Federal Medical Center in Rochester, MN, a facility operated by the federal Bureau of Prisons.

DeCoster served 90 days in federal custody. Now its his 83-year-old father’s turn to surrender himself to serve his own three-month jail term.

The two men pleaded guilty, as corporate officers, to allowing eggs contaminated with Salmonella to enter interstate commerce in 2010. Those eggs caused a nationwide outbreak, with 1,939 confirmed cases. As many as 56,000 people were likely sickened, based on disease modeling by the federal Centers for Disease Control and Prevention (CDC).

The DeCosters and their family’s corporation, Quality Egg LLC, agreed to pay fines totaling $7 million as part of their plea agreements. But, the father and son contested their 90-day jail sentences. They lost when the U.S. Supreme Court earlier this year opted not to hear their appeal.

A federal trial court in Sioux City, IA, allowed Peter DeCoster to serve his jail time ahead of his father to minimize any disruption in their ongoing joint business ventures. While the DeCosters continue to own and develop properties leased for egg production, they claim to be out of the business of actually managing or operating such facilities.

Peter DeCoster’s incarceration at Rochester, one of the federal penal systems top medical facilities, has not been explained. FMC Rochester is a federal prison for male inmates requiring specialized or long-term medical or mental health care. As an administrative facility of the Bureau of Prisons (BOP), it holds inmates of all security classifications.

“Jack” DeCoster, however, has been entirely public about his medical needs. He’s asked for assignment to the Satellite Prison Camp at FCI Berlin, NH. He says Berlin is the “closest minimum security facility to his family that would allow for meaningful visitation” and permit “consulting with a cardiologist and having certain cardiac tests performed, as recommended by his primary care provider in response to recent episodes of dizziness and weakness.”

Since his sentencing in 2015, “Jack” DeCoster and his wife permanently relocated to Turner, ME, from Clarion, IA.

FMC Rochester is one of three medical facilities that meet the “gold standard” for Board of Prisons medical care, according to the DC Prisoners’ Project. The southeast Minnesota facility, located in the same city as the famed Mayo Clinic, is said to provide excellent medical care “sometimes for extremely complex medical needs.”

Among more than 650 inmates at FMC Rochester is Jared Lee Loughner, the 26-year old killer of six people in Tucson during the 2012 attempt to assassinate then-U.S. Rep. Gabrielle Giffords.

Prosecution of the DeCosters and Quality Egg LLC came after the 2010 nationwide Salmonella outbreak that connected to their two Iowa egg production units. Their egg farms, Wright County and Hillandale, recalled 550 million eggs during the incident.

In addition to the misdemeanor for adulterated shipment, Quality Egg also accepted a guilty plea to federal bribery of a USDA egg inspector.

There was no evidence that either of the DeCosters knew anything about the bribe by a company employee.

Prior to 2010, “Jack” DeCoster was likely the largest egg producer in the United States, according to industry sources.  At that time, Peter was the family corporation’s chief operating officer and had a hands-on management of the Iowa properties.