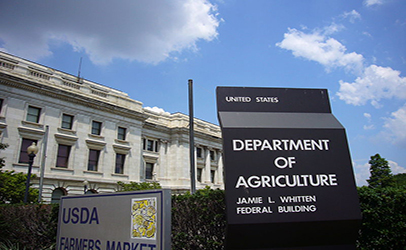 The next secretary of agriculture is expected to be former Georgia Gov. Sonny Perdue.

President-elect Donald J. Trump plans to announce the Perdue appointment Thursday, according to multiple media reports. As head of the U.S. Department of Agriculture, Perdue’s responsibilities would include overseeing the Food Safety and Inspection Service (FSIS), which is the food safety agency for meat, catfish, poultry and eggs.

Perdue, 70, is a veterinarian whose political career saw him elected as the first Republican governor of Georgia since Reconstruction. He was governor from 2003-2011.

The secretary of agriculture is the last of 15 Cabinet members to be named by Trump. He has interviewed almost two dozen candidates for the job, representing a broad range of policy perspectives from an industry that does not always march in unison.

“They want someone who will go in there and kick some ass. And Sonny is that guy,” Politico.com reported Baise said.

Tom Vilsack, the outgoing secretary of agriculture, stepped down Jan. 13. He served longer in the job than anyone in about 50 years and was President Barack Obama’s longest serving Cabinet member.

On Jan. 17, the U.S. Dairy Export Council announced it had hired Vilsack as its president and chief executive officer to succeed the retiring Tom Suber.

Prior to his appointment, Vilsack served two terms as the governor of Iowa, was in the Iowa State Senate and was the mayor of Mt. Pleasant, IA.

If Perdue’s appointment is confirmed by the U.S. Senate, he will become the nation’s 31st secretary of agriculture. The position commands the U.S. Department of Agriculture including the Food Safety and Inspection Service (FSIS), the food safety agency for meat, catfish, poultry and eggs.