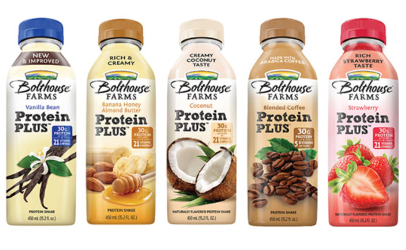 Reports of illness from consumers have prompted Bolthouse Farms Inc. to recall 3.8 million bottles of protein shakes and cappuccino beverages across the country. The Bakersfield, CA, company widely known for its “Baby Carrots” posted a recall alert today on its company website and with the U.S. Food and Drug Administration warning consumers to not drink the implicated Bolthouse Farms branded “Protein PLUS” shakes and “Mocha Cappuccino Perfectly Protein” beverages.

“Bolthouse Farms is voluntarily recalling a selection of protein drinks due to possible spoilage that may cause the beverages to appear lumpy, taste unpleasant and have an off odor,” according to the notices. “The recall affects 3.8 million bottles that have been distributed nationally in the United States. “These products should not be consumed. The issue was identified after the company received consumer complaints, including reports of illness. The cause of this issue is currently under investigation.” The recalled beverages can be identified by best-by dates printed on the bottle caps and labels at the neck of individual bottles and UPC numbers printed near the bar codes on the labels. The recall includes Protein PLUS shakes with ‘best by’ dates between 6/20/16 to 9/18/16 and the following label codes:

Bolthouse Farms is advising consumers to return the recalled beverages to the stores where they bought them for a full refund. For more information consumers call 866-535-3774. Founded in 1915 and headquartered in California’s San Joaquin Valley, the company was acquired by Campbell Soup Co. in 2012. (To sign up for a free subscription to Food Safety News, click here.)