Since first enacted on March 1, 2015, in Berkeley, CA, the sugar tax on soft drinks has tempted cities around the country. Chicago, however, is ready to drop the “soda pop tax.”

The soda pop tax would have raised $200 million next year from the penny-per-ounce levy on sugar and artificially sweetened beverages. Cook County began collecting the soda pop tax on Aug. 2, as decided by a vote of commissioners in November 2016. 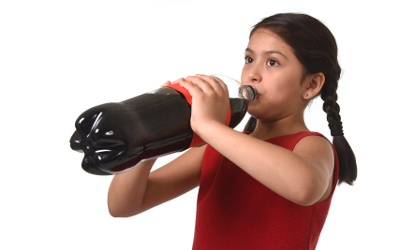 But it’s now predicted to end on Dec. 1, also by a vote of the county commissioners expected as early as tomorrow.

At least 12 of the 17 Cook County commissioners have signed on to an ordinance to repeal the soda pop tax. That’s one more vote than is required to override a veto by Preckwinkle.

In her campaign to save the soda pop tax, the board president has ceased talking about what it will do to fight obesity, diabetes and heart disease. Instead, she is talking about how the $200 million in tax revenue is needed to avoid an 11 percent across the board cut in the 2018 budget. Preckwinkle says cuts will include criminal justice programs and health care for the indigent.

A multi-faceted coalition lining up against the soda pop tax is reacting to what they call an “outcry” by their constituents, who in turn are united by their hate for the soda pop tax. To be sure, the American Beverage Association is doing whatever it can to fuel the public’s anger.

If there was a turning point in the debate in Chicago, it was the decision of 11th Ward Democratic Commissioner John P. Daley to join the repeal side. He is the son of former Chicago Mayor Richard J. Daley and brother of former Mayor Richard M. Daley, as well as William M. Daley, former Obama White House Chief of Staff.

Daley chairs the Commission’s Finance Committee, which takes the first vote on the repeal before final action, which could come as early as Wednesday.

In California, Berkeley has claimed its soda pop tax cut resulted in reduced sales of sugary drinks by about 10 percent, with most switching to water. Chicago was recently ranked 54th for obesity on a list of 100 U.S. cities.