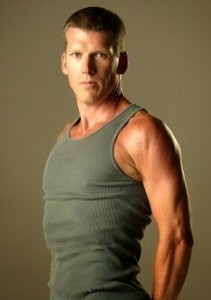 I think Mike Adams, the “Health Ranger,” thought he might be helping Chipotle with his recent post: “ANALYSIS: Chipotle is a victim of corporate sabotage… biotech industry food terrorists are planting e.coli (sic) in retaliation for restaurant’s anti-GMO menu.” Although, I understand that people might want to deflect blame/responsibility away, however, blaming one, or six, foodborne illness outbreaks on the “biotech industry” does not seem to engender a sense of customer safety. Here is some of the “best” of his conspiracy theory: After observing recent events involving Chipotle and e.coli (sic), here’s my analysis of the situation: Chipotle’s e.coli (sic) outbreaks are not random chance. They are the result of the biotech industry unleashing bioterrorism (sic) attacks against the only fast food company that has publicly denounced GMOs. How do we know? The CDC has already admitted that some of these e.coli (sic) outbreaks involve a “rare genetic strain” of e.coli (sic) not normally seen in foods. Furthermore, we also know the track record of the biotech industry engaging in the most criminal, dirty, sleazebag tactics imaginable against any person or company that speaks out against GMOs. There is absolutely no question that the biotech industry will resort to ANY activity necessary to destroy food companies that oppose GMOs. And yes, this includes acts of bioterrorism (sic) against Chipotle — something that’s ridiculously easy for biotech industry operatives to carry out with simple, low-cost laboratory supplies sold online at places like Amazon.com. … I am now openly encouraging Chipotle’s management to initiate a criminal investigation with the FBI to attempt to identify the sources of this corporate sabotage campaign. To be clear, what’s really happening at Chipotle is that biotech industry shills are deliberately contaminating Chipotle’s food with strains of e.coli (sic) in a malicious attempt to destroy both the reputation and finances of the Chipotle food chain. Chipotle has to step up and denounce Mike’s BS. Bio-terrorism is not something to take lightly.  The 1 Salmonella, 2 Norovirus and 3 E. coli Outbreaks are Chipotle’s problems, not caused by someone else.  It is irresponsible to let Mike’s conspiracy theory go unanswered.