The third death associated with marijuana edibles could not have come at a worse time for the state’s 15-month-old legal pot industry. Services are being held today in Tulsa, OK, for Luke Goodman, 23, who reportedly killed himself last Saturday night in a condo at Colorado’s Keystone Ski Area, where he was staying for two weeks with his family. 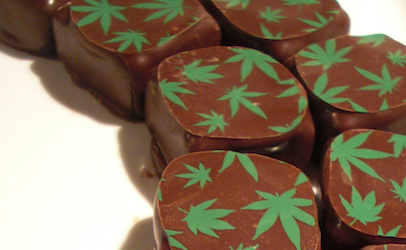 It will be a few weeks before toxicology reports will be returned, but Goodman’s family and friends suspect that edible marijuana was a factor in the self-inflicted gunshot death. His mother, Kim Goodman, blames her son’s death on “a complete reaction to the drugs.” Another controversy from a death linked to marijuana edibles was not what the industry needed, especially this week when it was making legislative moves to kill a regulation taking effect in 2016 calling for all marijuana-infused foods to have a distinct look. The bill to loosen the coming requirement that marijuana-infused cookies or candies be clearly identified as pot-infused did not get a single vote in the committee. The outcome was hailed as a bipartisan agreement that pot-infused food is going to look different than regular food in Colorado come 2016. It left the conservative Colorado Springs Republican who sponsored the bill to repeal the requirement, state Sen. Owen Hill, charging his colleagues with “micromanagement.” Edibles account for about 45 percent of Colorado’s newly legal pot market. Goodman and his cousin, Caleb Fowler, reportedly purchased $78 worth of marijuana products, including edibles, last Saturday afternoon. They began ingesting peach tart candies, each containing the recommended dose of 10 mg of THC, or tetrahydrocannabinol, which is the chemical responsible for most of marijuana’s psychological effects. Fowler says his cousin ate at least five of the candies and later became jittery and was talking incoherently. Goodman did not want to leave the condo with the family later in the evening and got the handgun out that the family used for protection when traveling. The two other Colorado deaths associated with pot-infused foods were: