Apparently the “Just” brand of plant-based mayo and other processed foods will not be returning to the shelves of a Target store near you any time soon, according to the CEO of Hampton Creek Inc., which produces the products. 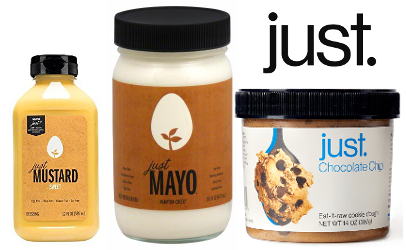 in 2011 with Josh Balk, posted a statement on the company’s website blaming the break between the companies on Target Brands Inc.

“To our surprise, Target informed us that sharing with the public the FDA’s conclusion that our products are safe somehow violated Target’s vendor communication guidelines,” according to Tetrick’s statement. “Target told us this is what drove their decision to end our relationship…”

The Food and Drug Administration’s conclusion came after an investigation launched in late June after Target suddenly pulled all Hampton Creek products from its shelves nationwide. At the time, Target officials declined to provide details, except a for a one-sentence written statement.

On Aug. 7 the communications director for Hampton Creek reported the FDA had notified the company that it was closing its investigation. The next day an FDA spokeswoman confirmed that the agency did not have any more questions for Hampton Creek and “considers this matter closed.”

Target’s spokeswoman said at that time the retailer was still reviewing the situation. The results of that review became evident when Hampton Creek’s CEO posted his undated statement online in recent days.

“With Target telling the media they stopped selling our products because of food safety issues, we felt there was a necessity to share the FDA’s conclusion, so we did. We shared a simple message: The FDA has no safety concerns, and the matter is closed. We shared it for our consumers, for partners, and for our team.” Bloomberg news reported a slightly different version of the retailer’s decision on Friday.

“Although the FDA is not pursuing this further, we used the opportunity to review our portfolio, as we regularly do, and decided to reconsider our relationship with Hampton Creek,” Jenna Reck, a spokeswoman for Target, wrote in an email to Bloomberg on Friday.

“We are not planning to bring Hampton Creek products back to Target and have openly communicated our decision with the Hampton Creek team.”

“More than a month ago, Target was led to believe via a fraudulent letter that several of our products were mislabeled or unsafe. The company withdrew our products with little warning, saying that they’ll bring them back once the FDA clears them as safe. We were confident that our products were safe and properly labeled,” Tetrick’s statement says.