Safety is almost an asterisk in the Global Food Security Index, recently released by DuPont and the Economist Intelligence Unit. In an overall assessment of the affordability, availability and quality of food, the United States emerges as No. 1 overall, but America was bested by Israel and France in the “quality” category, where food safety was part of the score. No surprises that the U.S., with the largest economy and most productive agricultural sector, is the most food secure country on the planet. Losing the Gold and Silver metals on quality and food safety to Israel and France is a little harder to explain. 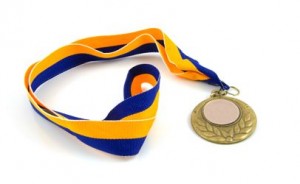 In the data set for food safety, the U.S. got 99.3 percent while Israel and France both earned a 100 percent score. The composite is supposed to measure “the enabling environment for food safety.” The food safety composite was one of about 16 data sets used to create the Global Food Security Index, which covers 105 countries. The U.S., Denmark and Norway topped the overall rankings, in that order. Commissioned by DuPont, a developer of genetically modified crops, and produced by the data-crunchers at the Economist Intelligence Unit, the new food security index offers a way to compare countries around the globe. “We’ve always known that what get measured, gets done,” said Ellen Kullman, DuPont’s chairman and chief executive officer. “As we talked to governments, NGOs, and farmer organizations around the world, we’ve come to realize that while we share a common goal of food security, we do not share a common language,” she said.  “To truly address the root cause of hunger, we must have a common path forward to tackle such pressing issues as food affordability, availability, quality and safety. “Literally billions are being invested to address food security, but until today, we had no comprehensive, global way to measure food security and the impact of investments and collaborations at the local level.” In less developed countries, people are falling short by about 100 calories a day of the recommended level of 2,300 calories a day, while in developed countries like the U.S. people are not getting enough micronutrients. France is the only exception. National food supplies in developed counties, including the U.S., have “limited availability of vegetal iron,” according to the report. One other area where the U.S, got marked down was for the “volatility” of its agricultural production. France, The Netherlands, Austria, Switzerland, Canada, Finland and Germany round out the overall top ten countries. African counties plus Cambodia and Haiti make up the bottom 25 on the list, including such fast-growing countries as Mozambique, Ethiopia and Rwanda. By some estimates, food prices in the past decade have run at about double the overall inflation date, pushing millions into poverty.